Katy Perry Is ”Slowing Down” to Enjoy Her Pregnancy After debuting her baby bump two weeks ago in her “Never Worn White” music video, it looks the 35-year-old star is keeping a low-profile and cherishing her precious pregnancy moments at home.

Especially with the ongoing Coronavirus pandemic, the “Con Calma” songstress and her fiancé Orlando Bloom appear to be taking things seriously.

According to a source, Katy is focused on her health and wellbeing, which means her and the Bloom’s wedding is officially on hold right now.

“She postponed the wedding and no other dates are being discussed. She is resting at home and taking one day at a time,” the insider shared with E! News. “At this point, she isn’t thinking about the wedding and when it will happen.”

The source added, “She is just slowing down and trying to enjoy her pregnancy. She is relieved that she made it home [from Australia] and is feeling good.”

After flying back home from Australia, where she performed and made several media appearances, the American Idol judge was spotted on a quick grocery run with her fiancé.

Because like many of us during this time, buying the necessities is essential as we practice social distancing. It appeared the celebrity pair were grabbing produce, frozen food, vegetables, water and more at a Whole Foods in Los Angeles. 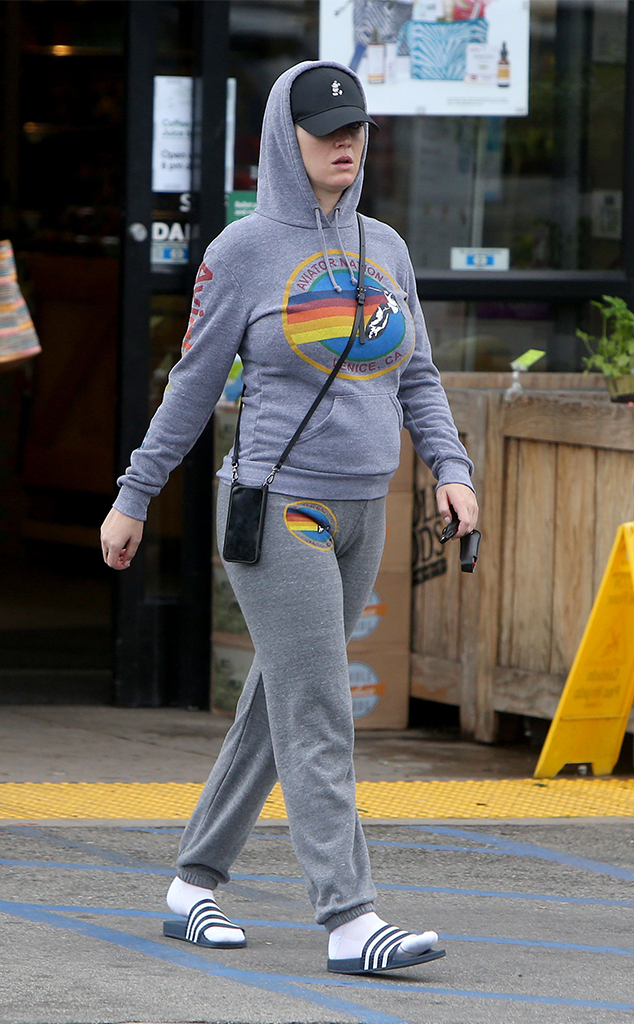 Earlier this month, it was revealed that the newly engaged couple decided to postpone their wedding amid the COVID-19 outbreak. Originally, they planned to get married in Japan sometime this year.

They both played around with the idea of changing things to the U.S., according to a separate source. However, they ultimately felt it was best to put the whole wedding on hold.

Despite postponing their wedding, Katy and Orlando have a lot to look forward to with the new addition to their family.

As some fans know, this will mark the Carnival Row actor’s second child—he shares a son, Flynn, with ex-wife, Miranda Kerr.

Earlier this year, a second source mentioned the American Idol judge was “about five months” pregnant. While the couple has yet to share their baby’s gender, Katy previously touched on the subject.

While onstage at Melbourne Cricket Ground in Australia in early March, she told the crowd, “I hope it’s a girl.”

Only time will tell what the couple has!