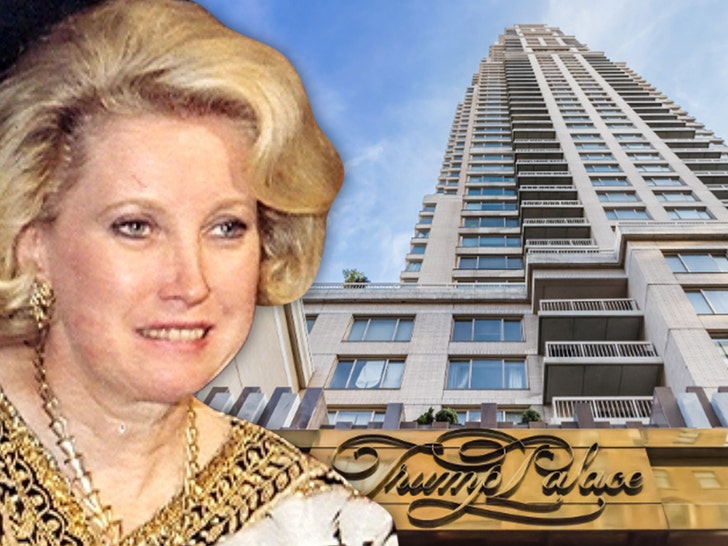 One of President Trump‘s older sisters sprung a leak in her fancy NYC condo, which messed up her neighbor’s place to the tune of nearly $400k … according to a new lawsuit filed against her.

Elizabeth Trump Grau has a pad in NYC’s Trump Palace, and back in March of 2017 there was a major water problem in the building. According to docs, obtained by TMZ, the front desk of Trump Palace got a call from a concerned resident who said she heard water running behind her walls.

Engineers checked it out, and according to the suit, determined the source of the leak was in Elizabeth’s crib. Specifically, they said the shower in her master bathroom was left running.

All that water ended up flowing into at least one neighbor’s place. Avraham and Rachel Dishi said it did a real number on a condo they own in Trump Palace. They filed a claim for $392,544.94 with their insurer, The Cincinnati Insurance Company.

Now, the CIC wants Lizzie Trump to buck up and cover that loss. It’s suing her for negligence in hopes of getting back the $392k it paid out to the Dishis.

By the way, Avraham’s a sort of mini-Trump himself. He owns properties all over NYC … including multi-million dollar midtown homes, as well as lower income apartments.

Disney Channel Hunks: Where Are They Now?

We provide you with the latest breaking news and videos straight from the entertainment industry.
Contact us: contact@yoursite.com