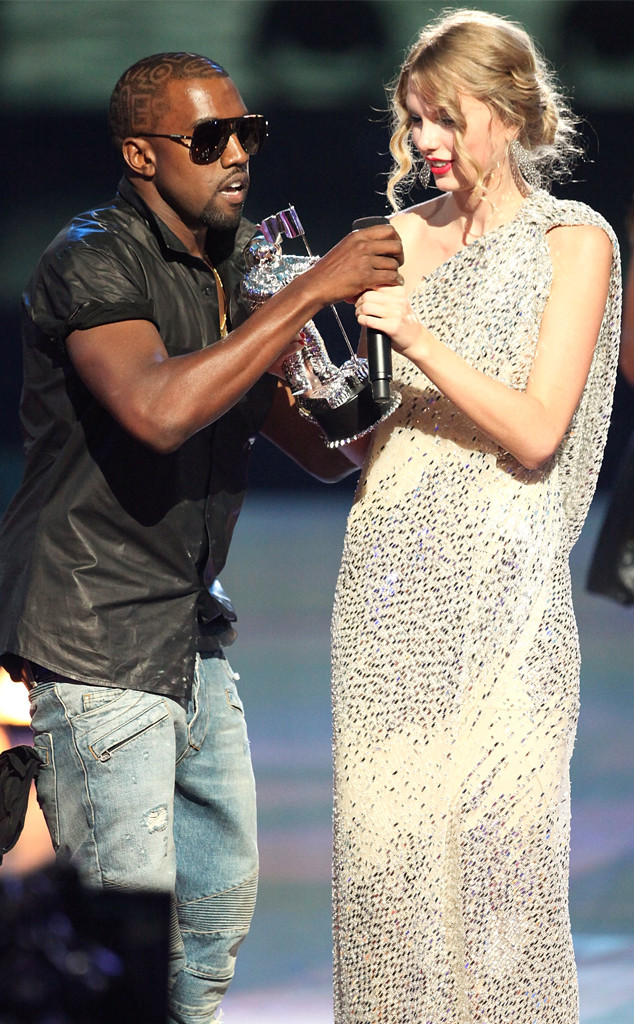 Taylor Swift is speaking out… well, kind of.

On Saturday evening, the Lover songstress seemingly addressed the recently leaked Kanye West phone call that she and him had back in 2016. You know, the one that reignited their feud.

For some back story: Late on Friday, extended video footage leaked online of what appeared to be the infamous phone call between West and Swift. He can be seen talking to her about his controversial lyric in his tune, “Famous,” which was on his The Life of Pablo album.

It’s important to note that E! News has not verified the authenticity of the video.

Naturally, the new footage spread like wildfire online and now the 30-year-old star is seemingly speaking out about it.

As a fan of Tumblr, the Lover singer appeared to be “liking” posts about the whole ordeal. “Taylor told the truth mood board,” one post read that she seemed to approve of.

“How I sleep at night knowing we were right all this time and now we have the receipts to prove it,” another post stated that she “liked.”

In addition to Taylor’s subtle way of breaking her silence, her BFF Todrick Hall didn’t hold back his thoughts over the leaked footage.

“My heart breaks listening to that phone call, the fact that she even picked up the phone and wasted her valuable time to listen to that nincompoop speak is just a testament to how great a human she is. #KanyeWestIsOverParty,” he tweeted.

“The sad part is that I’m sure there will be no apology from him or the millions of people who took those gifs of a conversation & trailer of an actual conversation as fact without ever hearing the convo in full,” Hall continued his post. “How does someone orchestrate a filming, not tell the unaware ‘co-star’ and still not be able to deliver an even semi-charming pitch to make themself not look like a creepy fame hungry musical villain? This is just not right.”

He added, “I’m not a fan of cancel culture & people make mistakes but THIS is clearly no mistake. The entire thing is manipulative and calculated and awkward to even hear her have to respond to his non-question questions. Face with rolling eyes.”

As some fans might recall, West’s lyrics that stirred controversy were: “I feel like me and Taylor might still have sex / Why? I made that bitch famous.”

At the time, Taylor’s rep said, “Kanye did not call for approval, but to ask Taylor to release his single “Famous” on her Twitter account. She declined and cautioned him about releasing a song with such a strong misogynistic message. Taylor was never made aware of the actual lyric, ‘I made that bitch famous.'”

My heart breaks listening to that phone call, the fact that she even picked up the phone and wasted her valuable time to listen to that nincompoop speak is just a testament to how great a human she is. #KanyeWestIsOverParty

Taylor’s rep could not be reached for comment, and Swift herself has yet to address this publicly.

Moreover, West hasn’t commented on the leaked phone call either.

[ad_1] Lots of folks coping with the coronavirus scare have done a really good thing … adopt a pet that needs a home for companionship and love, but the doors to many adoption agencies are closing. Paw Works has been in overdrive over the last week … check out some of the beneficiaries, like Wilbur,…